Cirrostratus undulatus (Cs und), the wave like undulating cirrustratus may be difficult to detect in the middle of the day and is best seen around sunrise or sunset. This layer of cirrostratus fibratus undulatus formed at about 12,000m (39,000 ft) above northern Scandinavia. The actually measured windspeed at cloud level was about 40 m/s (145 kph or 90 mph) and air temperature was as low as -68°C. Note the very fine ripples. How air temperature, wind-speed and altitude might influence the shape of the same cloud variety shows the second image of a patch of Cs und observed over California. 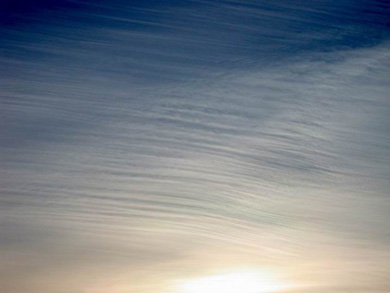 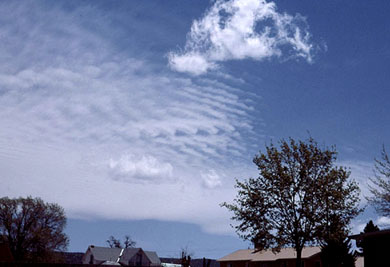 Images copyright 2004 by S. Borrmann and B. Beyer.